Among the errors R sessions produce, one commonly feared is: Error: cannot allocate vector of size X. This error is thrown when you force-feed R too much data. In other words, the system ran out of memory to run an operation. Not only is this an issue when trying to load a single massive data-set but also when a project slowly develops over time and becomes complex. The environment, if one is not careful, gradually becomes polluted with objects one may or may not need until the aforementioned error appears. The objects that a project needs (i.e. rm(...) is not an option) but can no longer accommodate I refer to as data stowaways. They are part of our project but are not typically needed simultaneously.

There are many solutions to ensure R uses Random Access Memory (RAM) efficiently and several of them will be touched upon here. However, the focus below is on addressing data stowaways by developing a pair of helper functions to quickly stow() and retrieve() objects at specific times. The solution takes advantage of packages like fst that make serialization of R objects incredibly quick between RAM and the disk-drive. Before going into how to address data stowaways, we first need a basic understanding of how R uses RAM. If you are already familiar with these details or are only interested in a solution to data stowaways, skip to the later section.

R typically relies on RAM to temporarily store and operate on data. Data, or any R object, is assigned a memory address in RAM; this address is ephemeral and when the R session closes it will be cleared. If the system running R runs out of RAM an error will appear and possibly crash the session. Compared to common disk-drives, RAM has very fast read/write speeds but lower storage capacity and a higher price point. Although RAM is becoming cheaper, and systems with over 32 or 64 gigabytes are common, it is still frustrating when Error: cannot allocate vector of size X appears and a spare stick of RAM is not at your fingertips.

Although Hadley Wickham (and others) have covered the topic of R’s RAM usage in detail, there are some basic concepts that can benefit all R users. R has a copy on modify behaviour, which means if an object is changed it will create copy. R tries to be efficient and only uses RAM if it has to, otherwise it will continue to point to the same memory address. This is easier to understand with an example (similar to what Hadley demonstrates in his book). Below we use the lobstr package to create an object and determine both the location and how much space it occupies in memory. We then assign the object another name, which does not copy the object until the new object changes.

From the memory trace, we see y is assigned a new location upon modification (e.g. [0x00000208e227b998 -> 0x00000208d77b1780]) and if x is removed y still exists and memory usage decreases. Other programming languages, and some specific packages in R such as data.table, have modify in place behaviour which are more memory efficient since data will not be copied; however, sometimes this is undesirable. A copy on modify approach means the object is immutable, the original object is untouched unless specifically assigned to the same address (i.e. df <- mutate(df, ...) instead of mutate(df, ...). R does clever garbage collection behind the scenes to ensure stale memory addresses are released for further use. Overall, what this demonstrates is that populating the R environment with objects (usually temporary or intermediate copies) without considering how the objects are saved in memory can lead to excessive memory usage if they are not removed and will ultimately summon Error: cannot allocate vector of size X.

There are two main situations I have experienced where R utilizes more RAM than what is available on a given machine. The most common is early in a data analysis project where uploading the entirety of a terabyte data-set causes the computer to complain. There are several solutions that can address this problem. The second situation is when your R session is very complex, creates a multitude of intermediate objects that should be culled but become lost/hidden in the environment pane. Sometimes copies of objects are needed both early and late in a project workflow but along the way R may throw the dreaded error. This situation is similar but distinct from the first; in the latter case, data stowaways enter our environment but are not easily removed. There are other situations where RAM usage becomes troublesome; for instance, some model fitting procedures temporarily occupy a large portion of RAM. However the discussion here is focused more on the upstream stages in a data pipeline, specifically the initial load, cleaning, and transformation steps.

There are several options available to address RAM usage in R. I have listed a few below by what I consider to be their increasing level of complexity or difficulty to implement (from blue, yellow, and red).

There are numerous ways to address RAM usage in R but not all are interchangeable, the best choice will often be use-case specific. I have attempted to group some options into general categories below:

Typically, workflows use a combination of items above. For projects with an expectation of ongoing support and interest it is good practice to ensure the design and infrastructure is able to scale with respect to available resources. A single solution may not be enough to keep a large complex workflow afloat.

Having options, both simple to complex, to address memory issues is great but how does this help us specifically with the aforementioned data stowaways? Although this is just one obstacle that an analyst may face, it can be readily addressed using options previously listed. In most situations, recoding an entire R workflow is not a preferred solution, neither is setting up, configuring, and maintaining a data base for a single project. As an intermediate solution, leveraging serialization to deal with data stowaways is a suitable choice.

The idea is quite simple and commonly used. When a data set is no longer needed, it can be written to disk for persistent storage. Although these outputs tend to be a final product, we can also write data to disk temporarily and retrieve them at later steps in a workflow. When writing to a local disk drive, serialization (e.g. via the fst package) can be incredibly quick, on the scale of several GB/s. Data stowed and retrieved at these speeds barely interrupt a workflow while ensuring RAM is available to the processes that need it.

So, the solution to data stowaways is to stow them to disk and retrieve them when actually needed. As suitable serialization methods already exist we can use them directly; however, I found the process benefited by using a pair of helper functions (stow() and retrieve()) to ensure code consistency and ease of use during collaboration on our team. Here are some of the benefits provided by the helper functions:

The basic function pair uses a simple S3 class and is provided below, followed by a usage example.

When using stow() the object created has (1) an attribute for the class and (2) a simple a list of information required by retrieve().

Users may find stow() and retrieve() primarily benefits larger complex workflows where large objects leave and re-enter. As such, to keep things simple, I have created (a rather contrived) pseudo-code example. The process of stowing an object temporarily to make efficient use of RAM should be clear in the commented code.

While using stow(), output messages may appear as…

Whereas retrieve(), if allowing assignment by the object name (keep_name = T), messages will appear similar to…

Otherwise, retrieve() uses assignment as normal (i.e. <-) to name of your choosing.

Although stow() and retrieve() help with the issue of data stowaways, they are just one tool used among several while working with large datasets within complex workflows to ensure one treads above RAM limits. 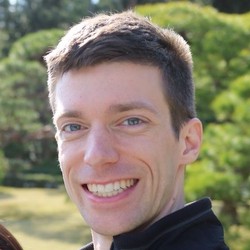 I am an epidemiologist with a passion for teaching and all things data.